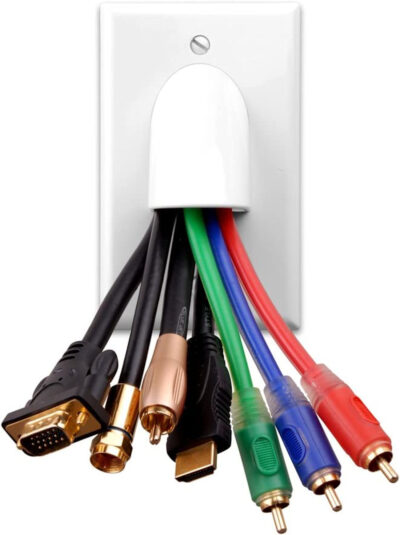 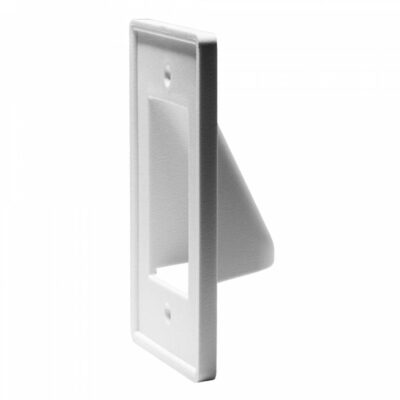 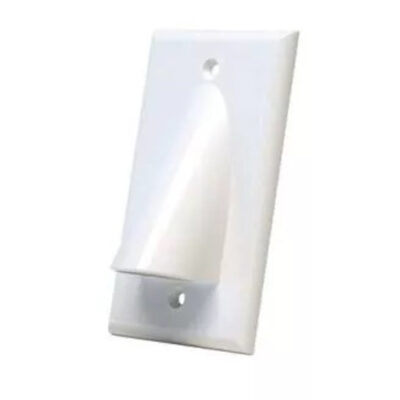 CN-FB1B1-WH Wall-plates are primarily used in commercial and industrial buildings to cleanly attach telecommunication cables to a junction box; surface mount box, or a mud ring mounted in the drywall of a building, but are Modus Operandi for newly built homes with Structured Wiring installations. CN-FB1B1-WH jack inserts are made for coaxial, twisted pair, HDMI and fiber optic port connections that are snapped into the plate at any hole assignment. Made with rigid, high quality plastic, the plates come with one to twelve ports. A CN-FB1B1-WH port is a hole in the wall plate which allows the insertion of a CN-FB1B1-WH module or other male or female cabling connectors. We have the most common colors of Ivory, Beige and White.

The CN-FB1B1-WH surface Mount are the Jacks can be simply added anywhere at anytime exterior to wall or kickboard. With one or two CN-FB1B1-WH type ports, you can jack it out with any CN-FB1B1-WH port available. These jacks can be applied with 2-sided tape or screwed down for permanent installations. Perfect for after construction exterior wiring during remodel or re-location in Home or Office.

We also have single, dual, and triple port fixed purpose wall plates that come with popular combinations of Cable TV Antenna and phone jacks built in.

5.1 (“five point one”) is the common name for six channel surround sound multichannel audio systems. 5.1 is now the most commonly used layout in both commercial cinemas and home theaters. It uses five full bandwidth channels and one low frequency enhancement channel (the “point one”). Dolby Digital, Dolby Pro Logic II, DTS, and SDDS are all commonly 5.1 systems. 5.1 is also the standard surround sound audio component of digital broadcast and music.

All 5.1 systems use the same speaker channels and configuration, having a front left and right, a center channel, and two surround channels.

Blu-ray and Digital cinema both have eight-channel capability, which can be used to provide either 5.1 or 7.1 surround sound. 7.1 is an extension of 5.1 that uses four surround zones: two at the sides and two at the back.

The Blu-ray Disc and the HD DVD home video formats provide up to 8 channels of lossless DTS-HD Master Audio, Dolby TrueHD or uncompressed LPCM audio at 96 kHz/24-bit. The Sony PlayStation 3 video-game console can output up to 7.1 LPCM through HDMI for both Blu-ray movies and games.

There are no reviews yet.

Only logged in customers who have purchased this product may leave a review.